This was the second list I wrote for the project. After trying to understand the system of patterns as a whole, and as we worked on it, the list was then transformed as a whole to modify the global feeling and content of what this place was going to be — as it matured in our under­standing. We kept on thinking of the whole way of life which would be created by these patterns, and then changed the patterns, intensified them, improved them, made the centers more explicit, as our understanding of this whole increased. We kept on working at it until the living whole revealed itself, as fully as we could manage, in the list of centers. After much more work, the list — or pattern language — for the project ended up with the following centers: Note, the earlier statements are written in the active form, in italics, which sketches the content of each possible center. The second, longer list which follows is given in small capital letters, to indicate that by this stage the ideas had materialized and solidified as centers— as potentially solid objects which were reliable and recognizable as entities.

the orchard of peach trees

main street from the registan

gates in the outer wall

inner part of the forbidden city

The lower photograph shows the model we made for the project, on the basis of this pattern language.

This example gives an idea of the vital role which generic centers can play in creating a whole. In this example these centers, the list alone, creates an almost magical atmosphere. As soon as we name them, just from naming them, we begin to feel the aura of the place. The patterns are evoca­tive. It doesn’t even matter in what order we take the centers. The mere list, itself, already conveys a profound atmosphere, and defines, in great de­gree the atmosphere of the place which will be made up of these centers. It creates the atmo­sphere right away. It is these centers which play the defining role. In Book 3, chapter 4, I show a drawing I made with my apprentices to show the physical character of this system of centers when they are realized. 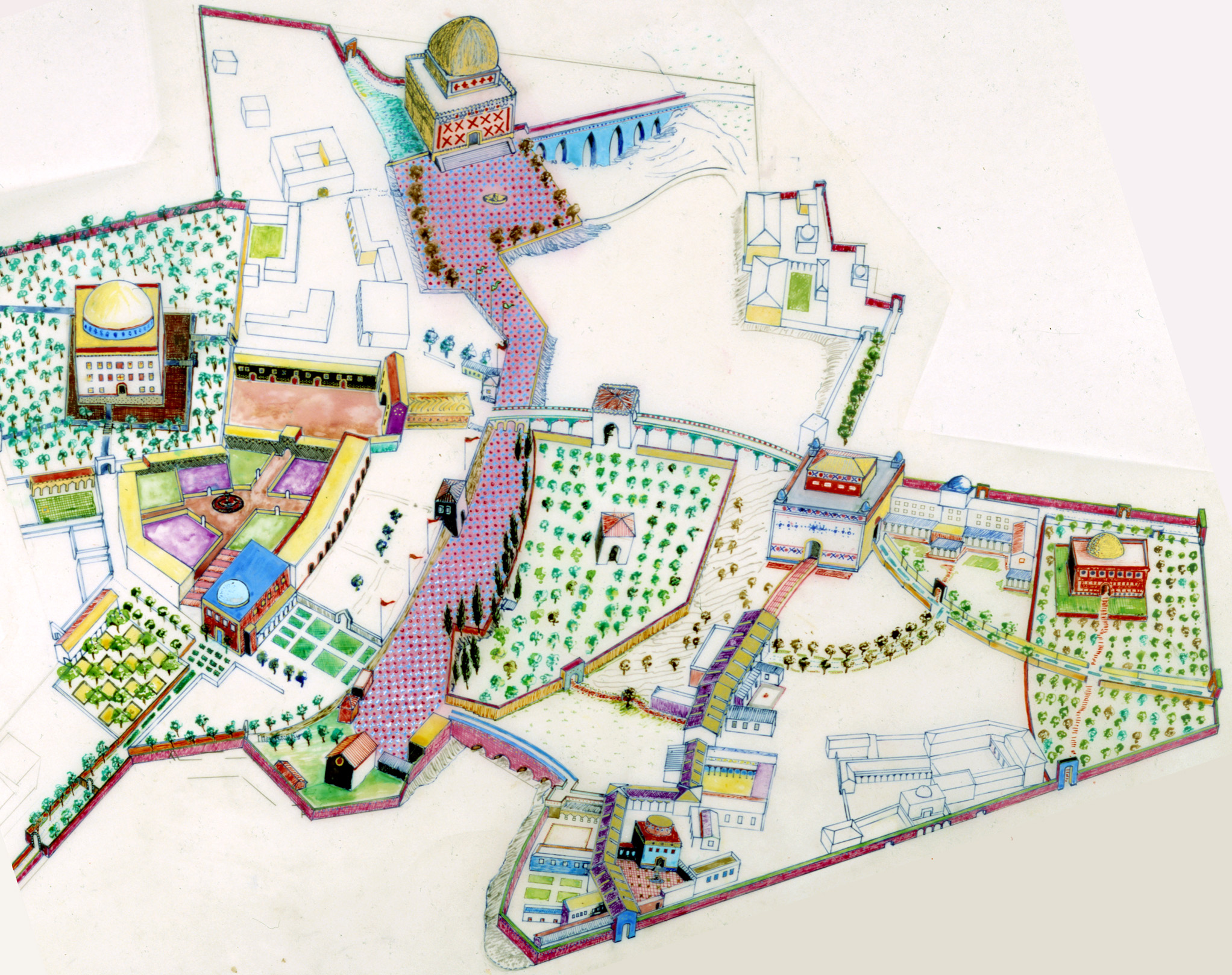 UNFOLDING ACTIONS Compose a list of key entities (like the above list for Samarkand) for your own new, imagined neighborhood. Allow yourself free reign, free imagination, and make it poetically whole. Choose the entities so that the group of entities, taken as a whole, successfully capture the spirit of the very best, and most serious that this new neighborhood can be.

If possible, pin the list of entities you have written, on the wall where partners and colleagues can see it. Listen to what they say.